One of the great things about us is we’re all different. We’re unique individuals with different skills, talents, abilities, gifts, interests and passions.

Even though we know that to be true at some level, we still want or expect other people to act or behave like we do.

If we stop and reflect on our own behaviours, it’s amusing that we allow ourselves to get annoyed or frustrated when other people don’t behave as we expect them to.

Trying to change other people can be costly and it can also affect our emotional well-being. We’ve heard the saying that people resist change and change is difficult.

One valuable idea I learned many years ago was people don’t resist change. Instead, they resist being changed when it’s not their choice.

As human beings, our freedom to choose is one of the most valuable things we have, so when we feel that choice is being taken away, that’s when we are more likely to resist change. 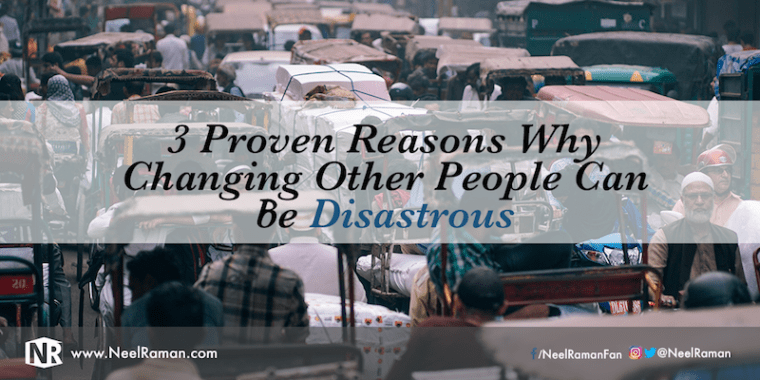 One thing guaranteed in life is that we will face our fair share of adversities, setbacks and painful experiences.

Those experiences often has a major effect on who we become, the decisions we make and on our overall outlook on life.

Sometimes these experiences can derail us and cause serious consequences such as:

When we have a painful experience, it can also cause us to miss new opportunities around us.

The key is to know how to get through the difficult period when we’ve had a painful experience and come out of it with new awareness and clarity on what we want in life moving forward. 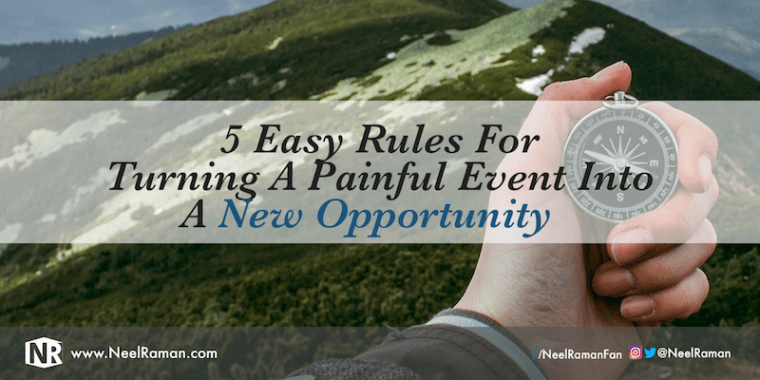 It’s quite common for us to feel like we haven’t achieved as much as we’d like at times and become a little discouraged.

While it’s normal to question whether we’re on the right path to more success, all it takes is a switch in perspective to realise there are many signs that indicate we can achieve more success.

We all have different definitions of success, which makes it easier to find evidence that we’re already successful and can achieve more success in the future.

Knowing that being successful does not necessarily mean we have to achieve big goals is encouraging because it’s easy to put a lot of pressure on ourselves and set very high expectations.

While having high expectations or standards is valuable, the downside is the additional pressure we put on ourselves can:

Knowing how to look for signs that we’re on the right path and can achieve more success is extremely valuable. 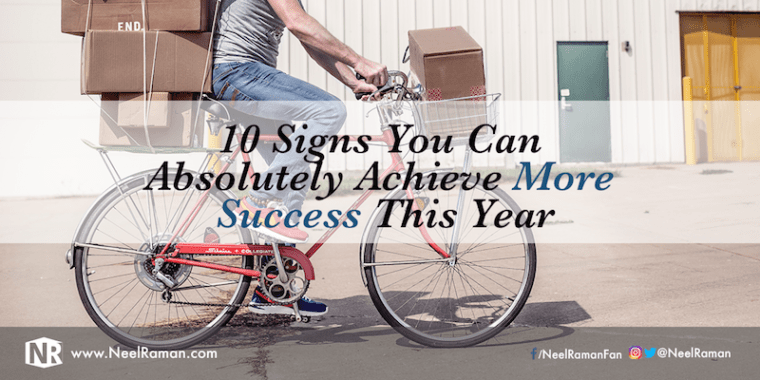 In recent times, productivity techniques or hacks that will help us work less but get more done have become increasingly popular.

High achievers are always looking for ways to get more done in less time. There are many productivity techniques available today such as:

This continuous cycle of fitting more in and trying to “do it all” is not an intelligent long-term strategy for a healthy work life. There has to be a better way to get what we want done without working ourselves to the ground. 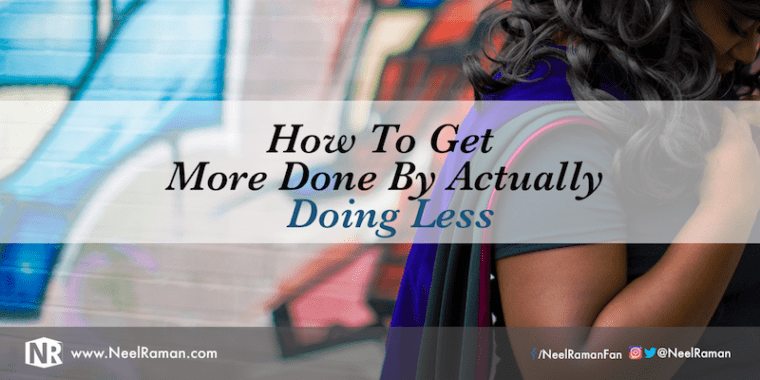 One definition of perfect is “excellent or complete beyond practical or theoretical improvement.” This means that once something has reached completion, it cannot be improved.

The truth is no matter how good something is, whether it’s a product of service, our physical health, our relationships, or our finances, there’s always room for improvement.

One reason why we buy into this idea of perfectionism is because it can be a good avoidance strategy. If we are focused on getting something “perfect,” then we’re not putting ourselves at risk of being judged or criticised because we can always say, “It’s not complete yet.”

While perfectionism can be related to having high standards, if we’re not careful, we can end up creating some bad habits. 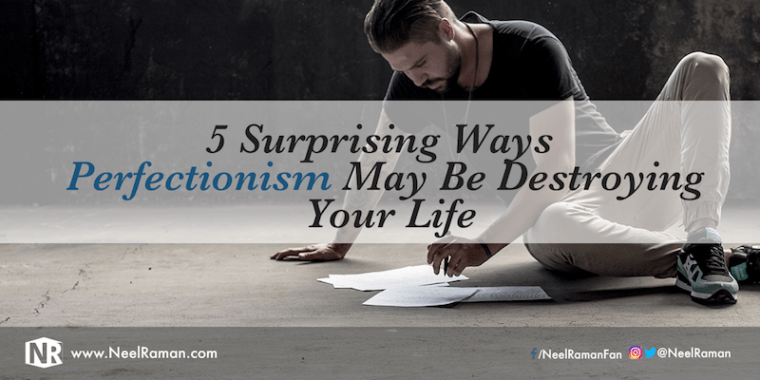 The standards we set for ourselves has a huge effect on the quality of our lives. If we settle for low standards, we won’t always bring the best out of ourselves.

When we don’t push or challenge ourselves consistently, then it’s highly unlikely we will create the results or the lifestyle we want.

While having high standards can be beneficial, it can also have detrimental effects if there isn’t a healthy balance between doing what’s important and what’s not required.

Personally, I tend to oscillate between having high standards and settling for “good enough.” A recent example was creating an online leadership summit as a strategy to promote my new book, Ignite Your Leadership. 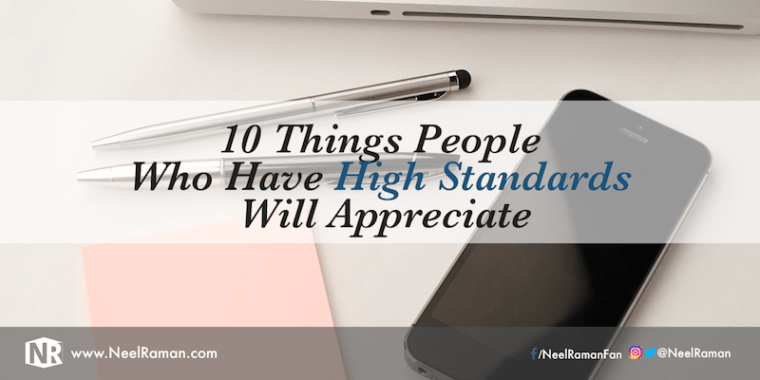 Our results often are a reflection of our beliefs. If we are not getting the results we want, chances are we have beliefs that may not be serving us.

Negative or limiting beliefs are thoughts that have become what we believe to be true, whereas in actual reality, those thoughts may not be true.

For example, consider someone trying to lose weight. Based on their previous experiences, what they have been told or what they have learned, they may have had limited success in losing weight. Some of the beliefs they could form includes:

With thought patterns like those above and because there are strong emotions associated with them, the chances of a person successfully losing weight without changing their thoughts or beliefs are very slim.

This is why becoming aware of our self-talk or predominant thought patterns is extremely important if we want to achieve the level of success we want. 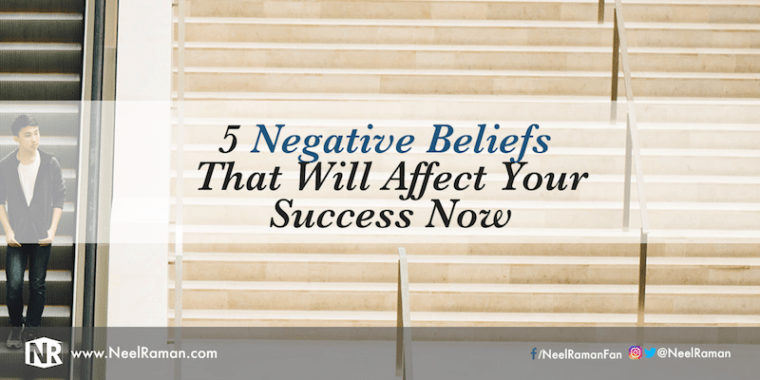 The two biggest work challenges most of us have today is lack of clarity and lack of focus, which is why we’re able to get distracted so easily.

It’s becoming extremely important for anyone who wants to be highly productive and effective to remove all their distractions.

If we’re not able to manage our work day by removing distractions, we will:

The more we can remove distractions, the more clarity and focus we will have. 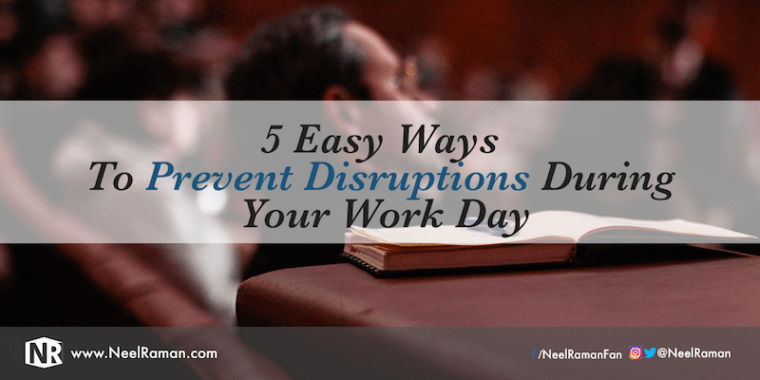 The most important work we can ever do is our life’s work or mission. I believe we have a purpose in life and it’s up to us to find out what that is.

In recent times, there have been many surveys done to find out what people’s engagement level and enjoyment at work is. It’s no surprise that the majority of people in the workforce are not engaged or enthusiastic about the work they do.

It’s safe to conclude that those who are not excited about their current work lack clarity as to what their most important work is in life.

Apart from low engagement levels and enthusiasm at work, if the work we are doing is not what we are meant to do, it will:

This is why I believe finding our life’s work has to be the most important thing we can ever do in life, no matter what it is. 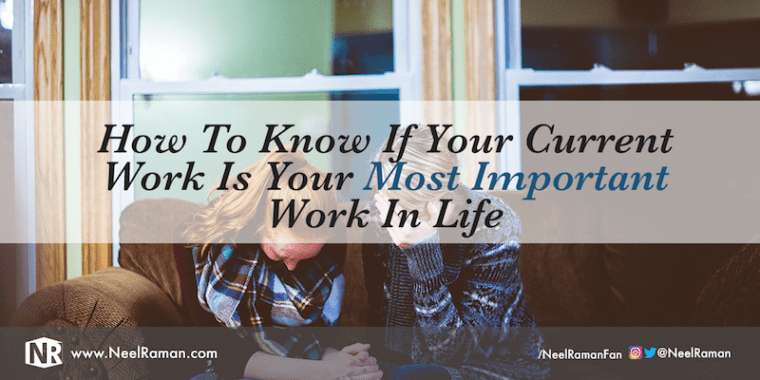