There is a major shift happening in the world where certain behaviours that may have been tolerated in the past are now no longer acceptable.

A global awakening is occurring where different biases that may involve gender, race, religious or cultural backgrounds, sexual orientation or preference, or political views are not excuses for behaving in ways that may cause harm to another person or violate their rights.

This is a good time to look at why certain behaviours may be tolerated, without any judgment, so that we can have more awareness of what’s acceptable and what’s not, and be in a better position to make choices that will support us in accomplishing what we want, without putting ourselves at risk.

When I graduated from university and started a career in manufacturing and logistics, I worked for a packaging company that consisted of a site manager and a few supervisors who were responsible for different departments. My initial role was in planning and purchasing so I didn’t have direct responsibility for workers on the shop floor. 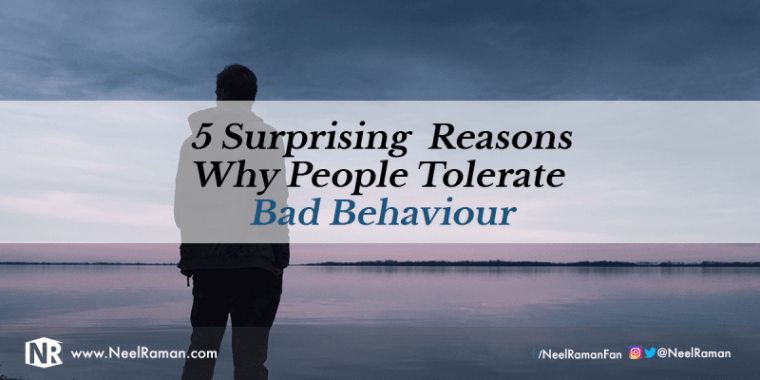 Have you ever experienced being totally motivated one day and then struggling to even get out of bed the next day?

It reminds me of a Zig Ziglar quote on motivation: “People often say that motivation doesn’t last. Well, neither does bathing. That’s why we recommend it daily.”

We all go through phases in life where we find it hard to get ourselves to do things we know we should do like exercising regularly, eating healthy foods, staying hydrated daily, or getting enough sleep each night, to name a few.

So we need to ask ourselves why we lose our motivation. Some of the common reasons include:

While these are valid reasons, there are three other reasons that are at the core of why we lose our motivation. 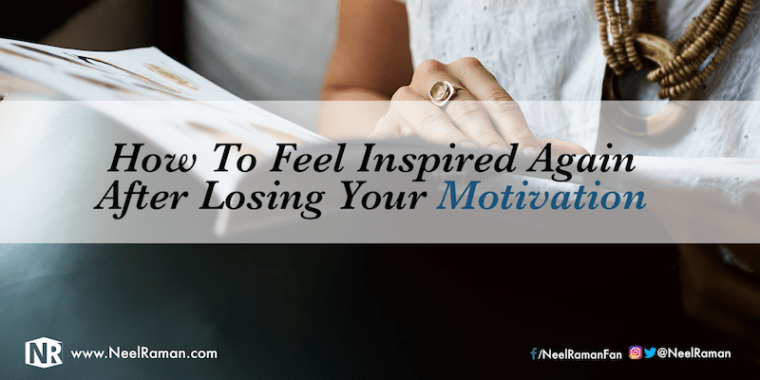 Has this ever happened to you? You get to the end of a year and wonder, “What happened this year?” or “What did I actually achieve this year?”

You had started the year with a lot of enthusiasm and hoped that this would be “the year” in which you had big breakthroughs and moved your life forward in a big way. However, things may not have worked out the way you wanted and now you feel like you’ve not made any significant progress over the past year.

If you’re like me, then you know that feeling we’ve not made any real progress in our lives can be demotivating and cause us to question whether we have what it takes to achieve what matters most to us.

The bad news is unless we’re aware of what may have caused us to fall short in achieving what we wanted, it’s very likely we’ll do the same things again and achieve similar type of results this year.

The good news is things can be different. By becoming aware of certain mistakes that prevented us from achieving what we wanted this past year, we can make the changes necessary and achieve big breakthroughs this year.

What is a Big Breakthrough?

A breakthrough means achieving an outcome that will make a significant improvement or bring forth a major benefit in our lives. As we’re all different and have different priorities, what we consider to be breakthroughs may be different.

For example, for one person, earning an additional $50,000 in one year may be a significant breakthrough, whereas for another person, that figure may not be a big deal at all.

A Free Gift So You Can Win Big This Year

If you want this year to be your best year yet, I’d like to offer you a free ebook titled, Win Big This New Year: 12 Strategies That Will Make This Year Your Best Year Yet. Click here to get free access to the ebook. 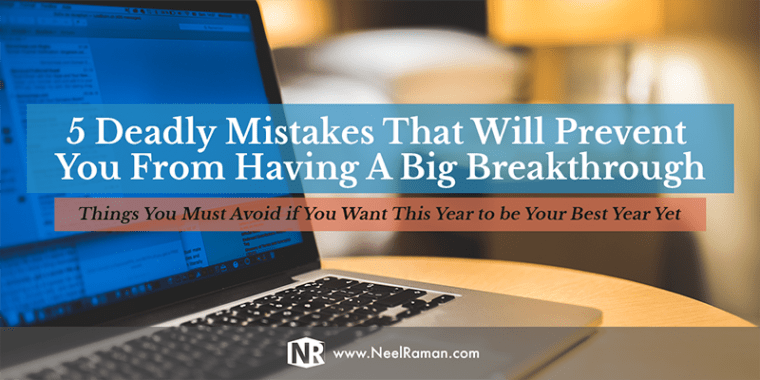 Our ability to be creative comes down to finding a connection between two unrelated things and determining the value that emerges as a result of that new connection.

Put simply, being creative is very similar to what learning is, which is connecting something we know to something we don’t know.

Some questions that often arise around the topic of creativity include:

Some of the beliefs around creativity includes:

While there will always be different ideas or opinions around why some people are more creative than others, the truth is creativity is something that can be developed. 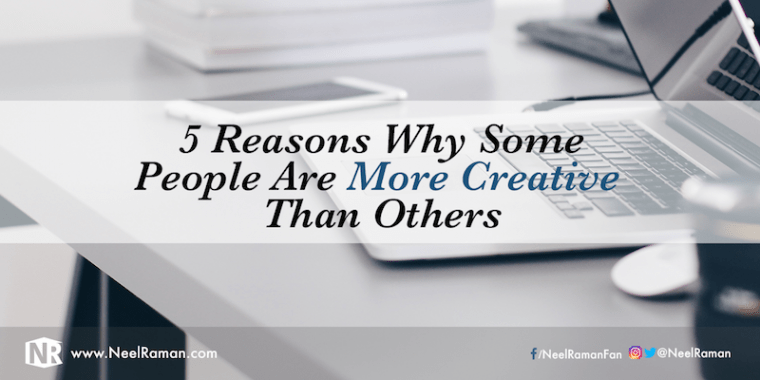 We know the importance of having a regular exercise routine but unfortunately, we don’t always do what we know is good for us.

Some of the common excuses people make for not having a regular exercise routine are:

The truth is if something is important to us, we will always find the time for it. Having a regular exercise routine will lead to:

Exercising does not need to take up a lot of time daily if we’re committed to living a healthy life. 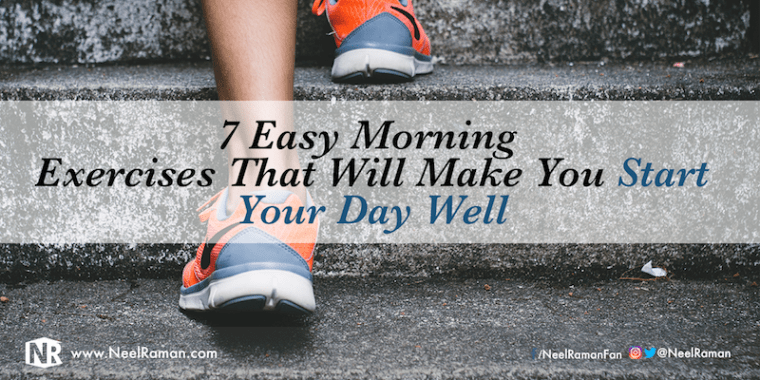 We all go through phases where we don’t feel the best and struggle to get ourselves motivated to do the things we know we should.

As our emotions dictate what we will or will not do, it’s important we have ways to change how we are feeling so that we can get back to doing what’s required of us.

Our emotions are like a rollercoaster—they’re constantly changing and are either going up or down. The better we can manage or control our emotions, the better we will function.

If we’re feeling down, unmotivated or disengaged, and we allow ourselves to stay that way for long periods of time, it can:

Having ways to pick ourselves up when we’re feeling down can prevent us from experiencing more problems later on. 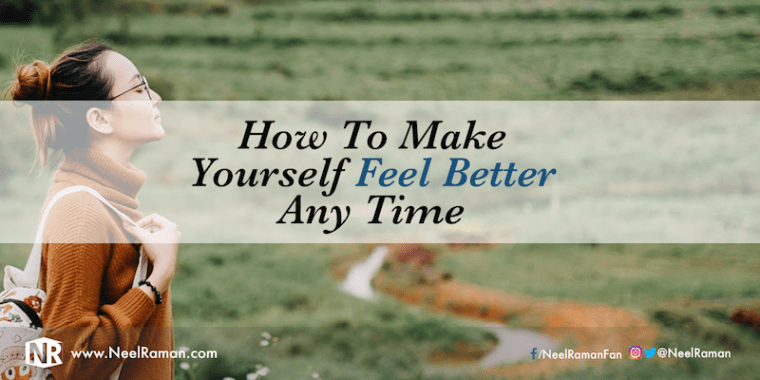 A powerful lesson I learned early on in my career is we become like the people we spend most of our time with.

I remember when I first emigrated to Australia, I spoke with a Fijian accent, as that’s where I’m originally from. Within two or three years, my accent changed to an Australian accent because I was around people who spoke that way.

This is why it’s often suggested that the best way to learn a new language is to travel to a country where it’s the predominant language spoken so we are forced to adapt quickly in order to be able to communicate effectively.

Likewise, if we want to become better performers, whether it’s in sports, our work, our businesses, or life in general, being around other people who are also committed to becoming better performers will greatly accelerate our progress and our personal growth.

A few months ago, I had the opportunity to attend an event called High Performance Academy, hosted by Brendon Burchard, the author of numerous best-selling books, including his most recent one titled, High Performance Habits.

The event exceeded my expectations so I’d like to share some of the things I learned being around other high performers. 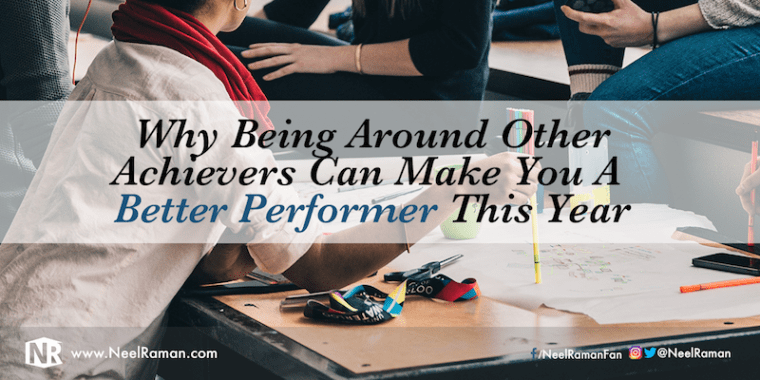 The start of a New Year is a good time to reflect on the things we have been doing up until now and identify how we can do better.

It’s highly beneficial to review our previous year and put plans in place for the New Year.

As part of that review, an area we should look at are the things we did, that either didn’t serve us, or move us closer to where we wanted to be or what we wanted to achieve.

The reasons why we want to look at these things include:

As we identify these things, it will help us tremendously this year if we make a commitment to stop doing them. 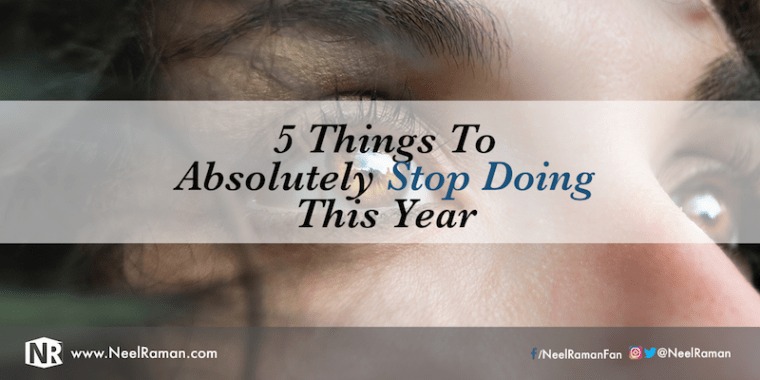 If you ever feel your motivation levels are falling, choose any one of these videos to reignite yourself and get motivated again. 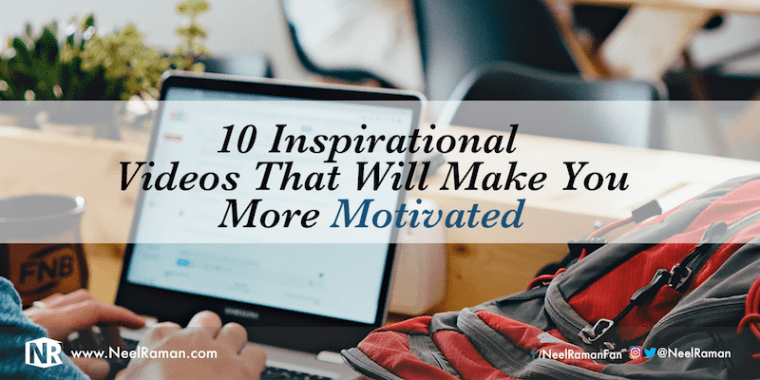