Being considered a leader can be a wonderful privilege, but it also comes with a certain level of responsibility.

We admire great leaders, whether that’s in business, in sports, in our communities or in our personal lives. They possess certain qualities that average or poor leaders don’t have.

Those qualities create a magnetic appeal and results in others readily following their lead and being influenced by them to achieve positive outcomes.

So what are those things powerful leaders have that make them more influential, appealing and persuasive? 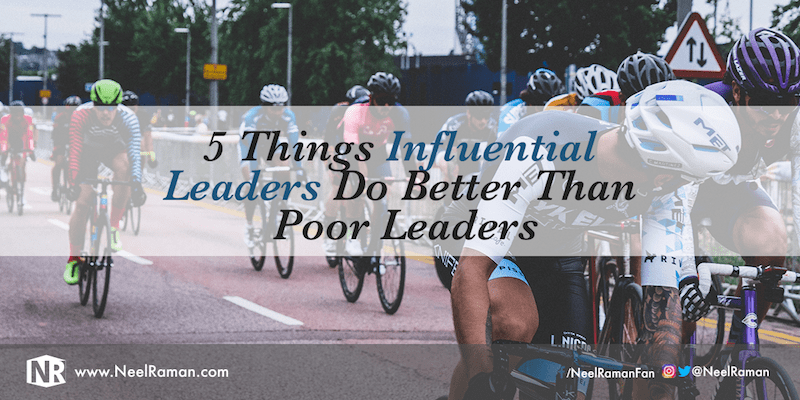 How to be a more influential leader

If we look back through the history of the world, we’ve had many powerful and influential leaders. One leader I have always admired was Mahatma Ghandi, who led India to Independence from British rule in the 1940s.

When we consider that period of time, there was no internet, no social media, no emails, yet Ghandi was able to influence hundreds of millions of people to have a common objective — a nation free to live how they wanted to and be able to govern themselves.

What’s even more remarkable was that Ghandi could influence people to stand up for their rights peacefully, without resorting to violence, a far cry from what we see in some parts of the world today.

Using Ghandi as an example, here are five things influential leaders do better than average or poor leaders. Anyone in a leadership capacity can easily apply these things to empower others to be and do the best they can.

Our ability to influence others always starts with ourselves. The better we can lead ourselves, the better we’ll lead and influence others. The things listed above are not difficult to apply, but they require a certain level of commitment and discipline. If we follow through on them, we will become a better, more influential leader.

Action Step: Rate yourself as a leader. Ask people you either lead or work with to give your feedback on how they see you as a leader. From their feedback, focus on how you can apply the things mentioned above to become a more influential leader.

Question: What is another thing influential leaders do better than average leaders?