If you are a part of a team, there is a strong chance that you’ve witnessed or even experienced conflict in your team.

Whenever there are differences in opinions, disagreements are going to occur.

Conflict in a team can be a good thing however, if it is not handled well, it can have some serious negative consequences for a team. 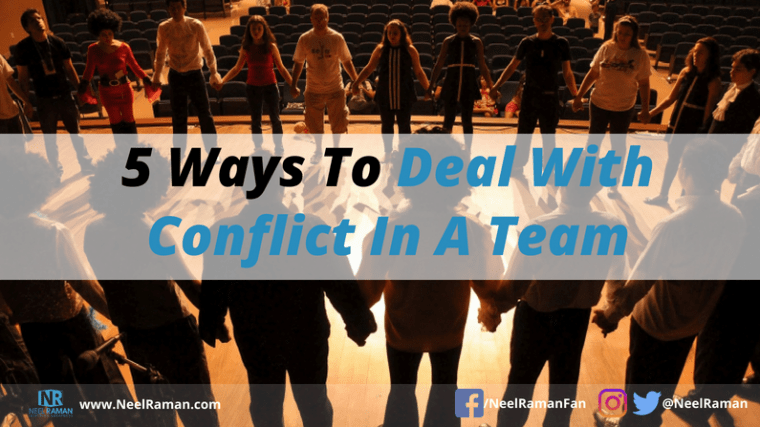 Having been a member of teams and also managed and led teams in organizations and in sports, I have learned some lessons that can be used within any team.

Here are five simple ways to deal with conflict that will allow any team to transform any conflict into an opportunity for the betterment of a team.

Conflict should be viewed as a sign of a healthy, highly functional team. Rather than seeing every conflict as something to be managed or resolved quickly, conflict should be treated as an opportunity for a team to elevate their performance and work towards a common goal.

For more ideas on how to build teams that are engaged, cohesive and high-performing teams, check out my #1 bestselling book, Building High-Performing Teams.

Question: What are some other ways to deal with conflict in a team?