We tend to look at politicians, celebrities or sports stars as being influential people because of who they are or what they have achieved in life. The different platforms we have available today, especially different social media channels, makes it a lot easier for them to seen as being important or influential.

How then, can a normal, everyday person become more influential? 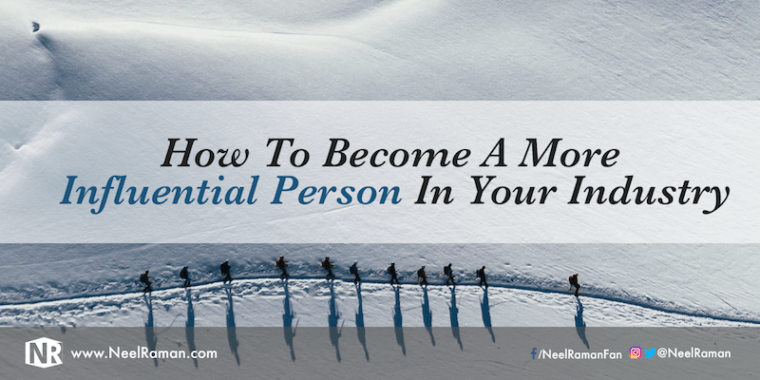 The good news for most of us is that becoming more influential isn’t only for those who are deemed to be a “natural,” or only for those select few who have been elevated into a position of influence by their job title. Influence is a skill which can be learned and mastered over time. And just like developing any other skill, the more focus and attention we give to it, the quicker we will improve.

One thing I wanted to be known for in my industry is working with teams, and transforming them into better functioning and more cohesive teams. One way I decided to increase my influence was to write a book on that topic, which was titled, Building High-Performing Teams. When I released the book, it became a Number 1 best-seller on Amazon, which also helped me become an authority on the subject of team building.

As a result, I’ve had other aspiring team leaders reach out to me for guidance and advice, plus I have also been able to share ideas on how to create better, more effective teams on my website and whenever I’ve had the opportunity to work with teams. Becoming more influential on the topic of teams helped me become more credible with those I work with.

Here are seven ways we can become a more influential person in our industry or community, which in turn, can assist us to make a bigger difference and bigger impact in what we do and how we do it.

Action Step: Decide on one thing you can do this week to become more influential in your industry. You could simply start off by connecting people you think will benefit from knowing each other.

Question: What can be another way we can become more influential in our industry?