Being around people who are constantly negative can be physically exhausting. The effort required to manage our energy levels when we are around them is often also mentally draining.

If we don’t protect ourselves from the energy of people who constantly whine, complain and are pessimistic, it will:

It is no surprise that we become like the people we surround ourselves with. 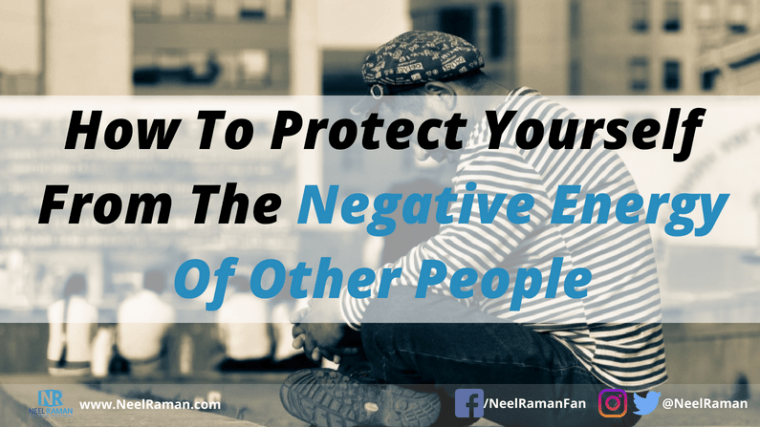 I remember being part of a team in a company that was predominantly positive, encouraging, supportive and fun to be a part of. However when the company went through a major restructure, it brought about a lot of uncertainty and fear, which played out as frustration, whining and complaining, and making cynical remarks to members of the team.

This pattern of behaviour continued for a few months and the team environment quickly became quite toxic. As much as I’d like to think I have a healthy attitude most of the time, I found myself getting drawn into the negativity, which not only affected my performance, it also affected me outside of the work environment.

Fortunately I had enough tools and processes to snap myself out of the negative state and I started applying some specific strategies to protect myself from the negativity that had been created.

Knowing how to respond in situations where people are being negative is extremely beneficial. It becomes even more important when people close to us are being negative and we need to be able to protect ourselves without causing any angst or embarrassment.

Here are five simple things we can do to protect ourselves from people who are being unresourceful or negative around us.

Sometimes we have to face the truth that we’re the one being most negative through our thoughts, emotions and behaviours. This is when we have to take responsibility and hold ourselves accountable for changing them.

It has often been said that the negativity we see in others is often a reflection of how we see ourselves. That in itself is a scary thought and should make us realise that all our experiences or reality are self-created and we have the power to change it anyway we want.

Action Step: Next time you find yourself in a situation where someone or a group of people are being negative, consider applying the above techniques. If it does not help, make a choice to not participate further in the conversation.

Question: What is another technique that could be used to protect ourselves from other people’s energy?