We tend to do better when we’re influenced by powerful leaders but not as well if we’re working for or with a weak leader. Having strong leadership skills is a necessary requirement if we want to have the influence or make the impact we want.

Becoming aware of poor leadership qualities can be a critical step as we strive to become better leaders and serve others as best as we can.

Many years ago, a manager I worked for displayed a mix of good and weak leadership qualities. On the positive side, he was knowledgeable of internal processes and supported many improvement projects in the business. He had good people skills and got along well with most of his team members.

On the negative side, he did not prioritise his day well. He tended to be unprepared during team updates or meetings, and was often disconnected from what his team members were working on. One thing that annoyed team members was he often played games like solitaire on his computer, while everyone else was under pressure trying to get things done on time. 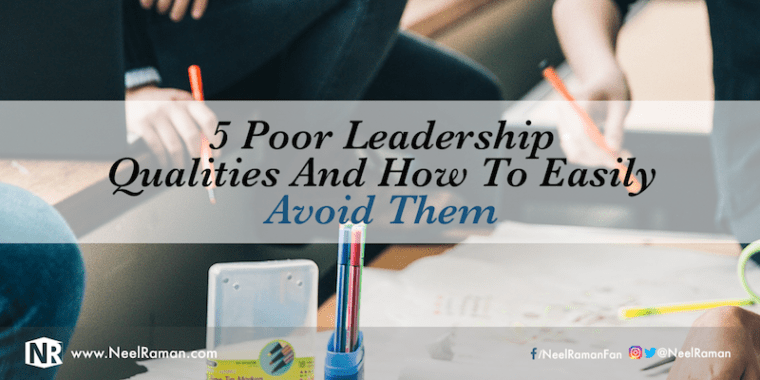