All great teams have common characteristics which can include being proactive, communicating well and team members working towards a common objective.

A key responsibility of a leader is to ensure team members continually improve their performance and collectively make the team better.

Great teams thrive when it comes to solving problems. The bigger the problem, the better they’re able to adapt and work together to find solutions to overcome their problem.

Problem-solving is a skill that can be developed with practice and discipline over time. Leaders must ensure they’re doing all they can to help their team become better problem solvers, while ensuring team objectives are being met.

Many years ago, I managed a manufacturing site that produced cylindrical paper tubes including cartridges used to fill adhesives and sealants used on constructions sites and by handymen. One particular assembly line consistently produced waste as high as 20%, which resulted in high material costs.

In order to solve the problems on the line, we got many people involved including raw material suppliers, engineering, quality control, production supervisors and the assembly line workers. I wish I could say the problem was solved quickly. It took almost three years to reach the stage where the line was operating as best as it could. 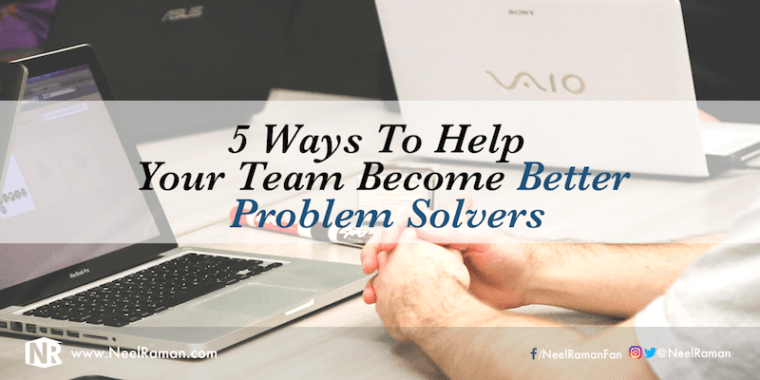