With things changing so rapidly today, knowing how to best prepare ourselves is becoming an important skill to have.

Just like any other skill, the ability to anticipate better can be developed with consistent focus and a commitment to continually improve.

It is often defined as predicting the future before it actually happens. It can be likened to the visualisation of a future event or a way of being.

Anticipation allows us to see what could happen ahead of time so that we can be better prepared to take advantage of any new opportunities or avoid any potential challenges. Naturally, no one can anticipate everything that could possibly happen in the future, however we can put ourselves in a position to respond better to anything that may come up for us.

A recent example is during the Global Financial Crisis in 2008 and 2009. There were millions of people who were affected in a negative way, however there were thousands of people who were able to take advantage of what was happening in the global economy, as Tony Robbins revealed in his book, MONEY Master The Game.

As the law of polarity states, if there is something bad happening, by law, there has to be something good happening as well. 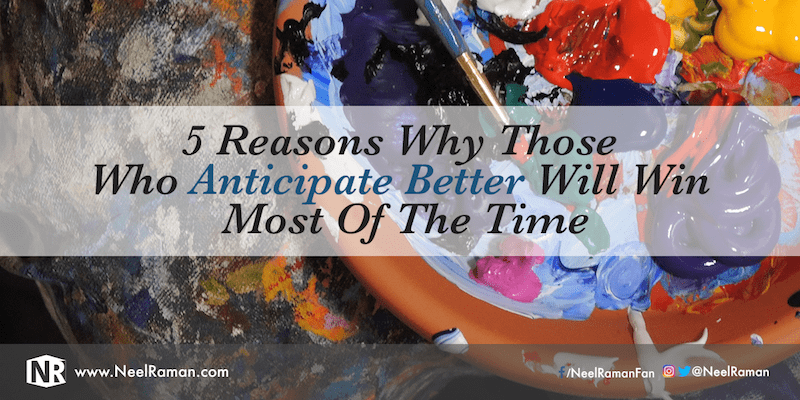