Have you ever made a decision based on what other people would think of you and your decision, instead of what you really wanted to do or have?

It’s not uncommon for us to be influenced by other people’s opinions especially if we’ve been conditioned to worry about “what the neighbours will say” or “what will they think.”

While there are times when taking advice from others who may have more knowledge or experience than us can be useful, most times, we should choose what will be best for us or move us closer to a goal we want to achieve without violating the rights of others.

The dangers of being concerned about other people’s opinions include:

While everyone is entitled to their thoughts or opinions, ultimately, we’re responsible for doing what we think is best for us. 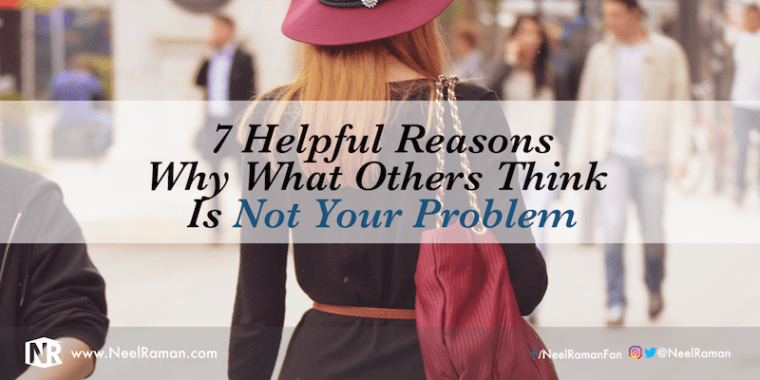