The movie, The Blind Side, is based on the true story of Baltimore Ravens offensive left tackle, Michael Oher.

There were some powerful lessons shared in the movie and I will detail the one lesson that resonated with me from a leadership and team perspective. 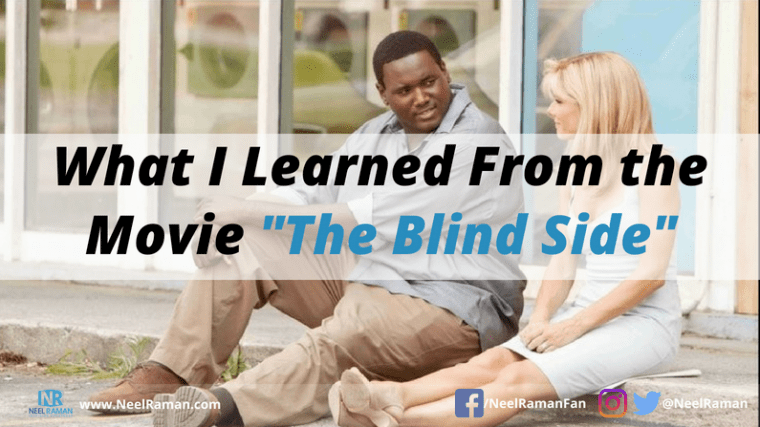 Michael’s story in the movie begins with him being homeless, having come from a home with a drug-addicted mother and an absent father. As a result of his home situation, Family Services controlled much of his early life including which foster homes he lived in. As a teenager, he made the decision that he would prefer to be homeless than be tossed in and out of foster homes.

Michael ends up enrolling in a private Christian school and since he was a quiet teenager and still had his child-like innocence, he tried to play with younger children who either ignored or rejected. It is there that he became friends with one of the Touhy kids who would become one of his biggest supporters.

One cold winter night, as Michael is walking along the road to the school gym, where he had been sleeping, Leigh Anne Touhy and her husband picked Michael up and took him home for the night. It was meant to have been for one night but that extended into as long as Michael wanted to stay. Leigh Anne started doing some research into Michael’s past because she knew she could help him fulfil his potential as a human being.

Michael showed good potential in football however he really struggled during practices. As he was labelled “academically challenged”, many of his teachers concluded he could not learn. Football coach, Cotton was getting increasingly frustrated with Michael’s inability to learn plays and position himself correctly on the field.

What Coach Cotton failed to do is to find out more about Michael, not just on the field but also off the field as well. He failed to speak to Michael’s other teachers about his performance in other areas beyond the football field.

One of the most powerful lines in the movie was when Leigh Anne said to Coach Cotton, “You should really get to know your players. Michael scored in the 98th percentile in protective instincts.”

Once the football plays were explained to Michael from the perspective that his role was to protect his team mates, Michael instantly transformed on the field and started to play well. In fact, he was so good that he was eventually a first round pick for the Baltimore Ravens in the 2009 NFL draft.

The lesson I took away from this as a leader and a trainer for Building High-Performing Teams is everyone is unique and has a different way of learning things. If one approach is not working with someone, take a different approach.

In the training world, the three learning styles that is often used and referenced is the VAK Model, which represents visual, auditory and kinaesthetic ways of learning. In your work environment, by getting to know members of your team members beyond just their role at work, you can learn more about what their strengths are and how that could be better leverage within your team.

Question: What are some of the things you are doing to get to know your team members better? What difference has that made to their performance and the overall performance of your team?